In the 1970’s, Yamaha was manufacturing three distinct off road motorcycles but unfortunately, nothing existed for the serious “Enduro” enthusiast. Seeing the Enduro market as untapped, Yamaha began development of what they considered to be a “serious” Enduro motorcycle.

The first bike that they developed was the 1976 IT400C. The IT400C was highly competitive on the world enduro stage, shortly after its release three riders mounted on IT400’s received gold medals in the Austrian International Six Day Trial. It is said that the abbreviation “IT” comes from the old term “International Trial” which was used for early enduro competitions. 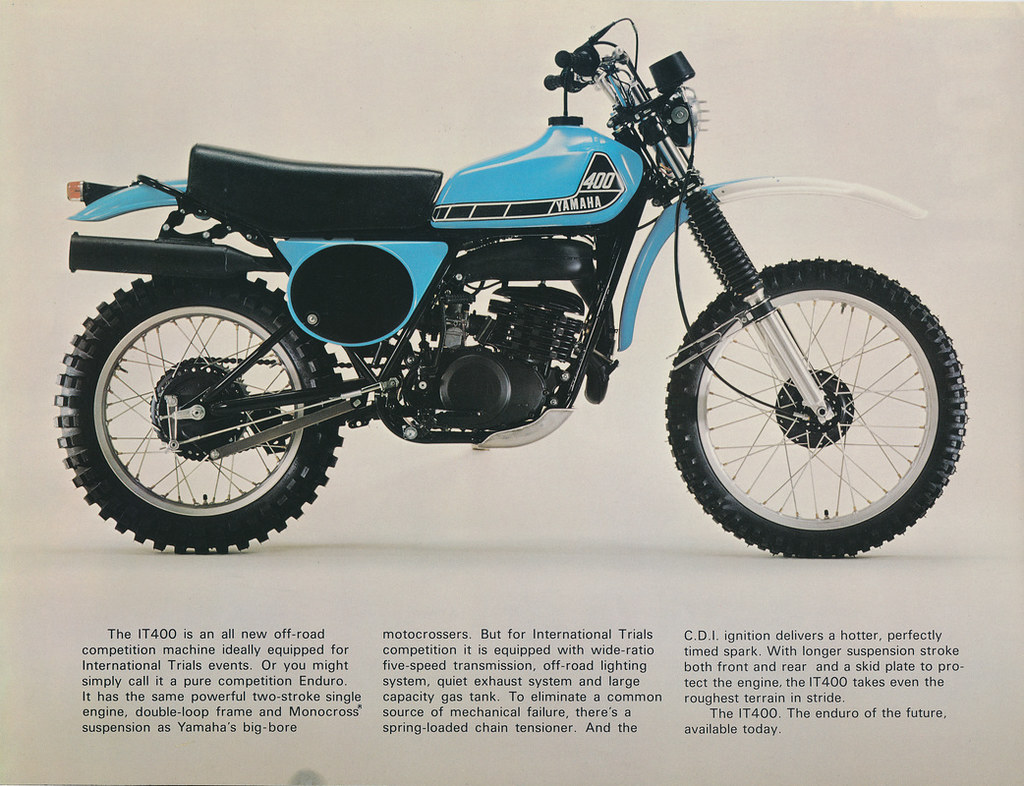 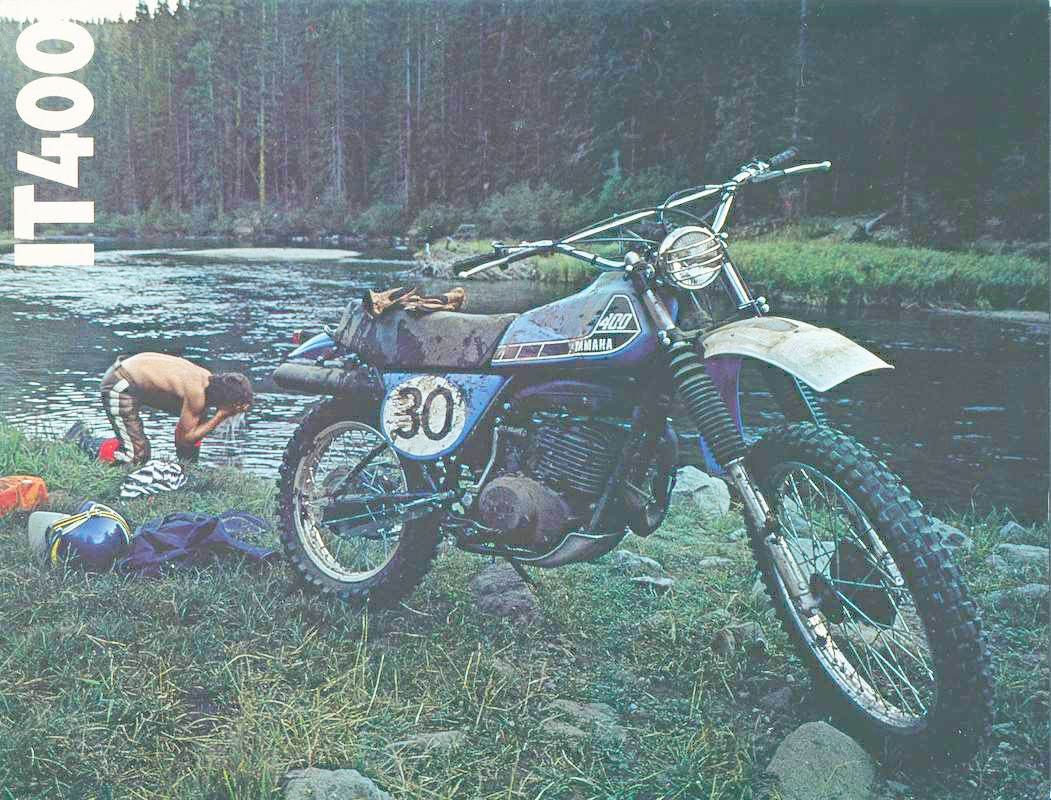 In 1980 (‘G’ models) the IT line said farewell to the IT400 and welcomed the addition of the IT125G and the IT425G. The 425 is somewhat special as it was only produced for one year (1980). The 1980 models saw a new colour combination with white front and rear guards, one can only guess that they were surplus YZ plastics that needed a new home.

In 1981 the line evolved further with the introduction of the IT465H, a bike that many IT enthusiasts claim to be the best IT ever built. The rest of the 1981 line up included the IT125H, IT175H and the IT250H. These ‘H’ model bikes were extremely competitive throughout 1981. 1982 saw the introduction of the ‘J’ models which were basically a continuation of the 4 ‘H’ models – all with subtle changes. 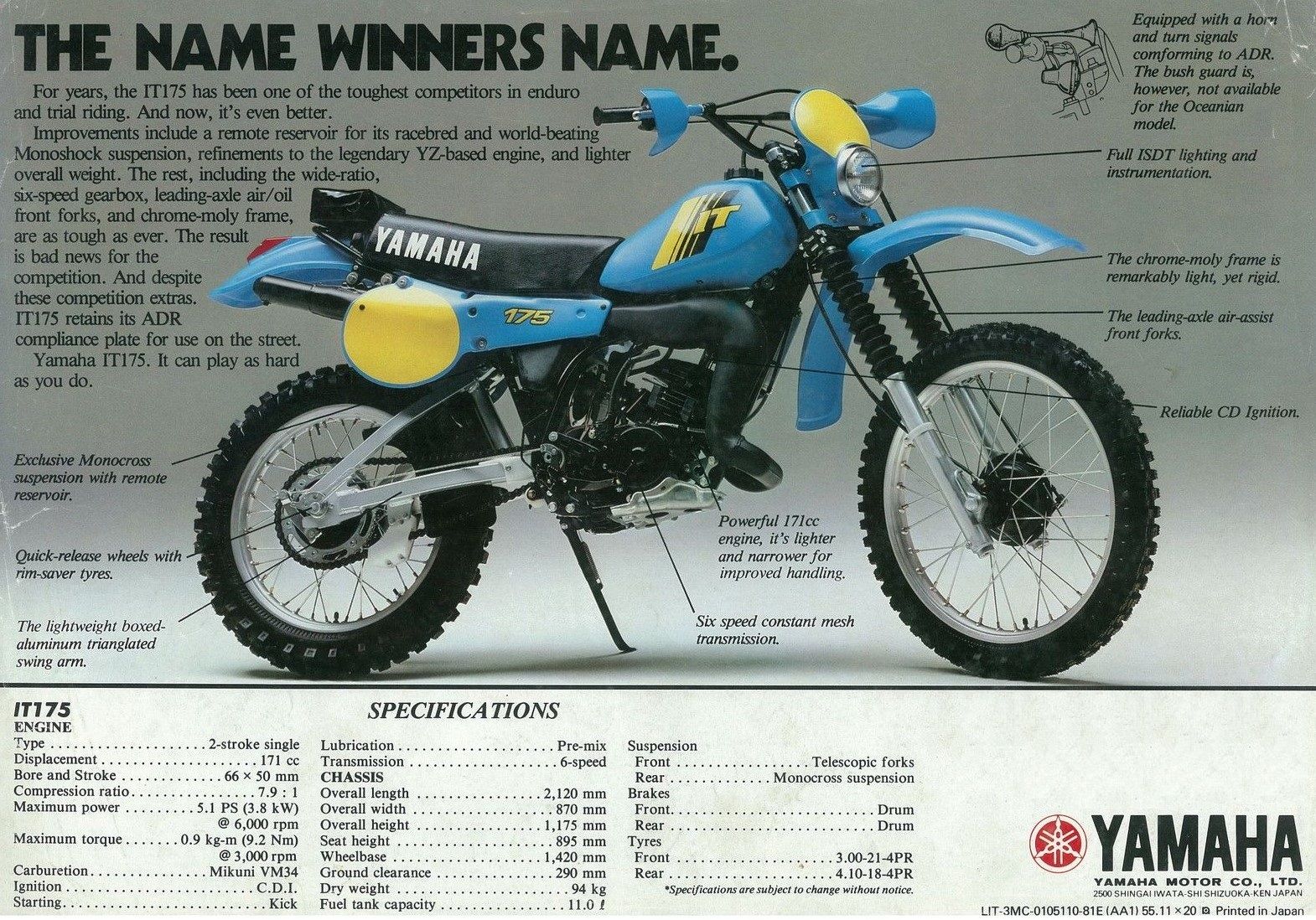 In 1983 Yamaha introduced the most legendary of all IT’s, the IT490K. The IT490K super seeded the ever popular IT465H and although it often pinged, coughed crackled and popped – it was definitely the most memorable IT model that Yamaha produced. The numbers ‘490’ would be firmly imprinted in peoples memories for eternity… The 1983 line up also consisted of the IT125K, IT175K and the IT250K. Compared to the earlier models the 1983 ‘K’ models sported a less rounded and more boxy appearance with the IT250K and IT490K sporting an updated mono-cross rear suspension. 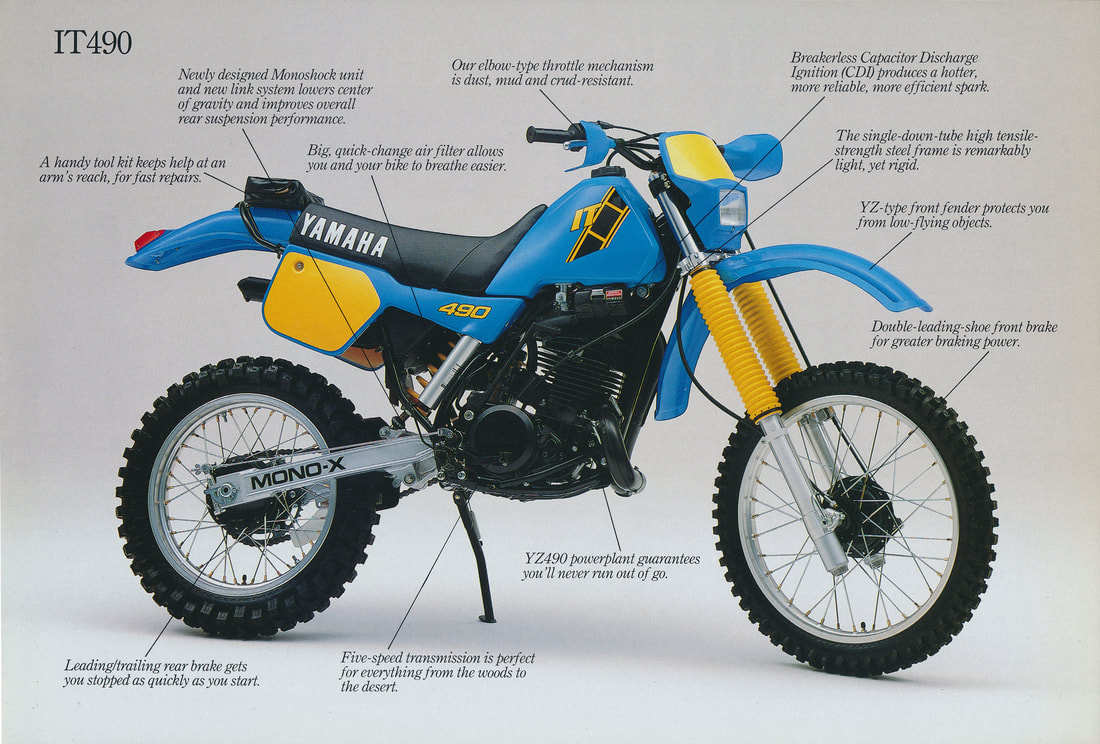 1984 announced the end of production of the IT125, the IT175 and the reduction in production of the IT490 and the IT250, it also brought with it the arrival of another Enduro legend, the IT200L – a compact, light, well balanced and powerful machine. Little did people know that the Yamaha IT line of motorcycles would soon come to an end but for Yamaha IT fans around the globe – the alarm bells were ringing loud and clear as the line up was reduced to 3 models (IT200L, IT250L and IT490L). 1984 was the year that sadly signaled the end of what was a fantastic reign for Yamaha in 2 stroke Enduro motorcycling history. 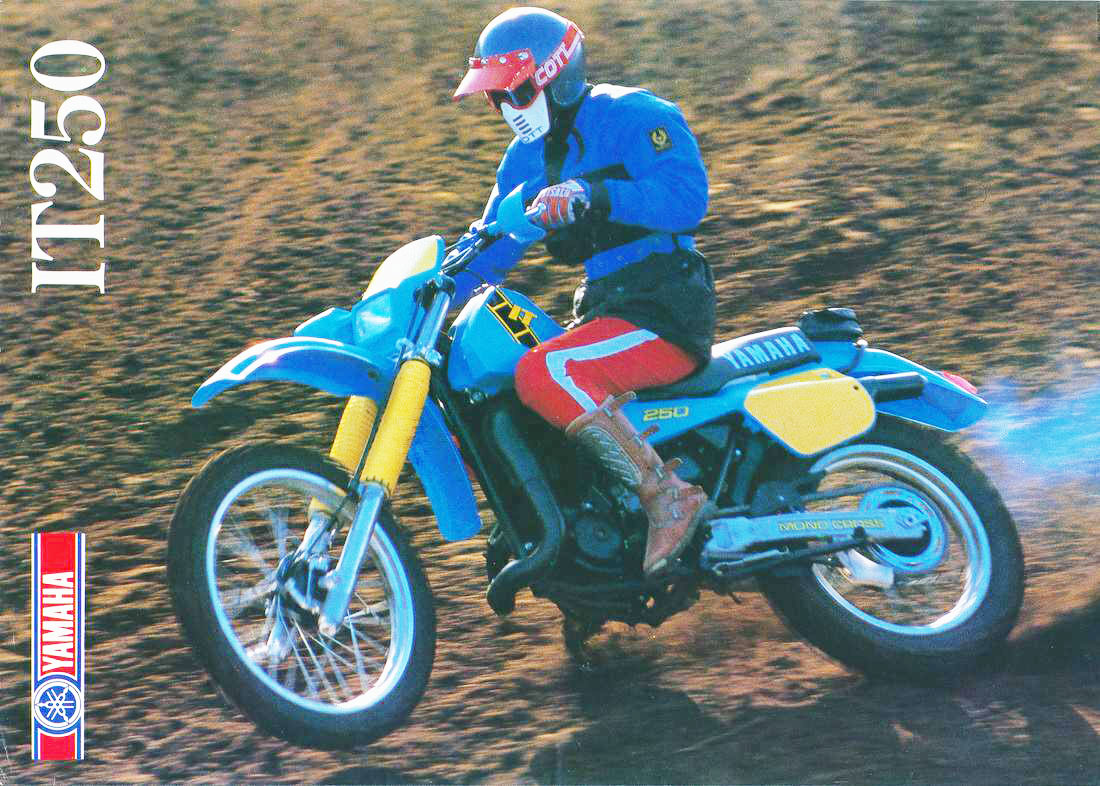 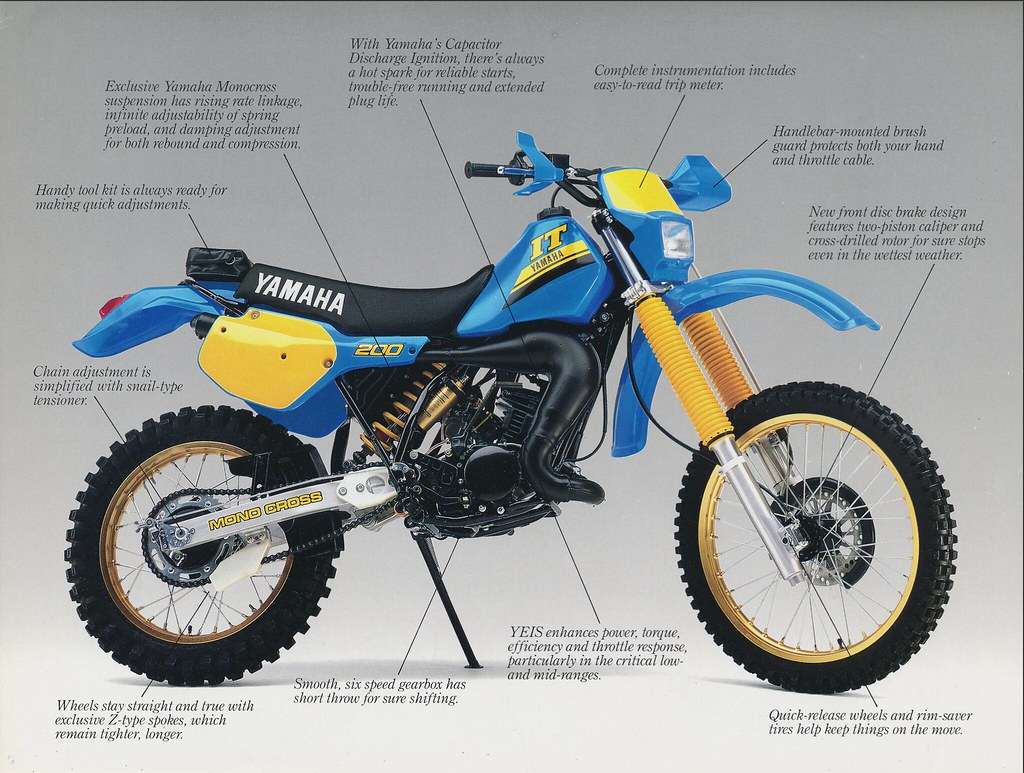 By early 1987 production of the Yamaha IT line was history. No one knows why the line was put to an end but one could only assume that it was to re-direct funds into the fast growing, competitive market of 4 stroke motorcycles. Many a Yamaha IT fan will support me in saying that Yamaha made a horrible mistake in ending the line of IT Enduro motorcycles.

As you may know – the current 2 stroke Enduro market is dominated by the likes of the big European factories. One can only assume that if the IT line did not cease to exist it would be the number one 2 stroke Japanese Enduro motorcycle of the modern era.