As early as the 1960s, Yamaha made a name for itself as a leading enduro manufacturer with models like the legendary DT-1. These “dirt track” machines made it very clear where their field of application was. And Yamaha successfully opened up a completely new market segment in all displacement classes up to 400 ccm with this new type of motorcycle – especially in the USA. But for the tough off-road use these were, derived from road motorcycles, “Scrambler” not suitable. This requires real enduro bikes, such as the Yamaha IT 490 presented here. 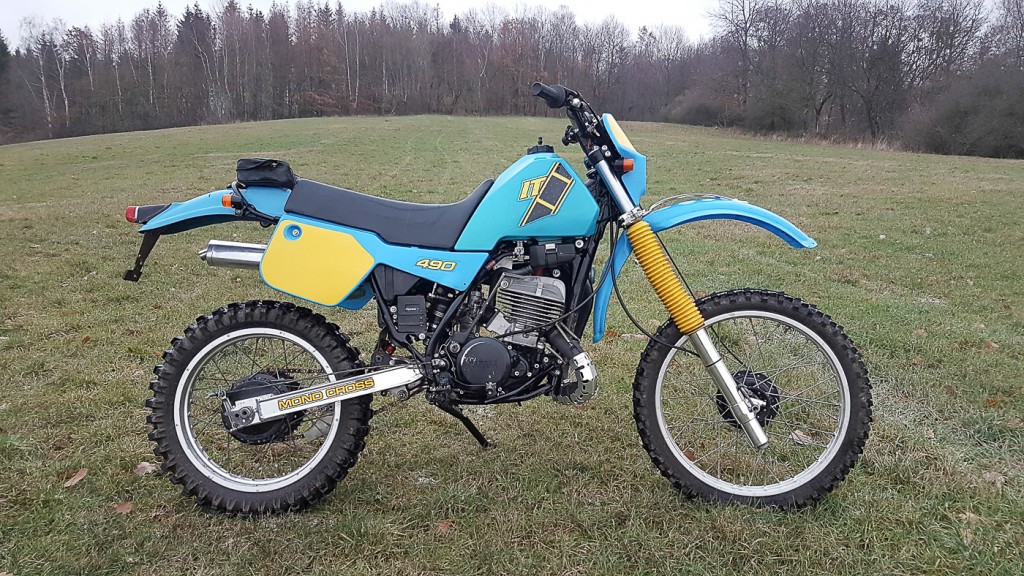 While the DT models were perfectly suitable for everyday use, Yamaha launched the IT series in the mid-1970s, whose uncompromising enduro bikes were designed exclusively for tough competitive use. The first model was the 1976 Yamaha IT 400, which is derived from the YZ motocross models. The name YZ first appeared in 1974 on the US market. At that time there was a 125cc, a 250cc and a 360cc version. In 1976 the YZ 360 became a 400 and in the same year the first IT appeared, also with 400 ccm based on the YZ.
The following year, Yamaha already presented a whole IT series with 175, 250 and 400 cc engines, the latter are identical except for the engine. These motorization classes held steady until 1979. In 1980, a Yamaha IT 125 appeared in addition and the 400 was replaced by the 425 cc version. At the same time Yamaha replaced the YZ 400 by the YZ 465, whose engine in 1981 also took over the Yamaha IT. 1982 then the jump to 490 cc engines, first at the YZ, a year later followed again by the Yamaha IT 490 after. This IT 490 was built until 1984.

One year later, in 1985, Yamaha adjusted its IT model range more or less completely. Only the IT 200 was able to hold until 1986. Thus, the name IT disappeared from Yamaha sales lists. 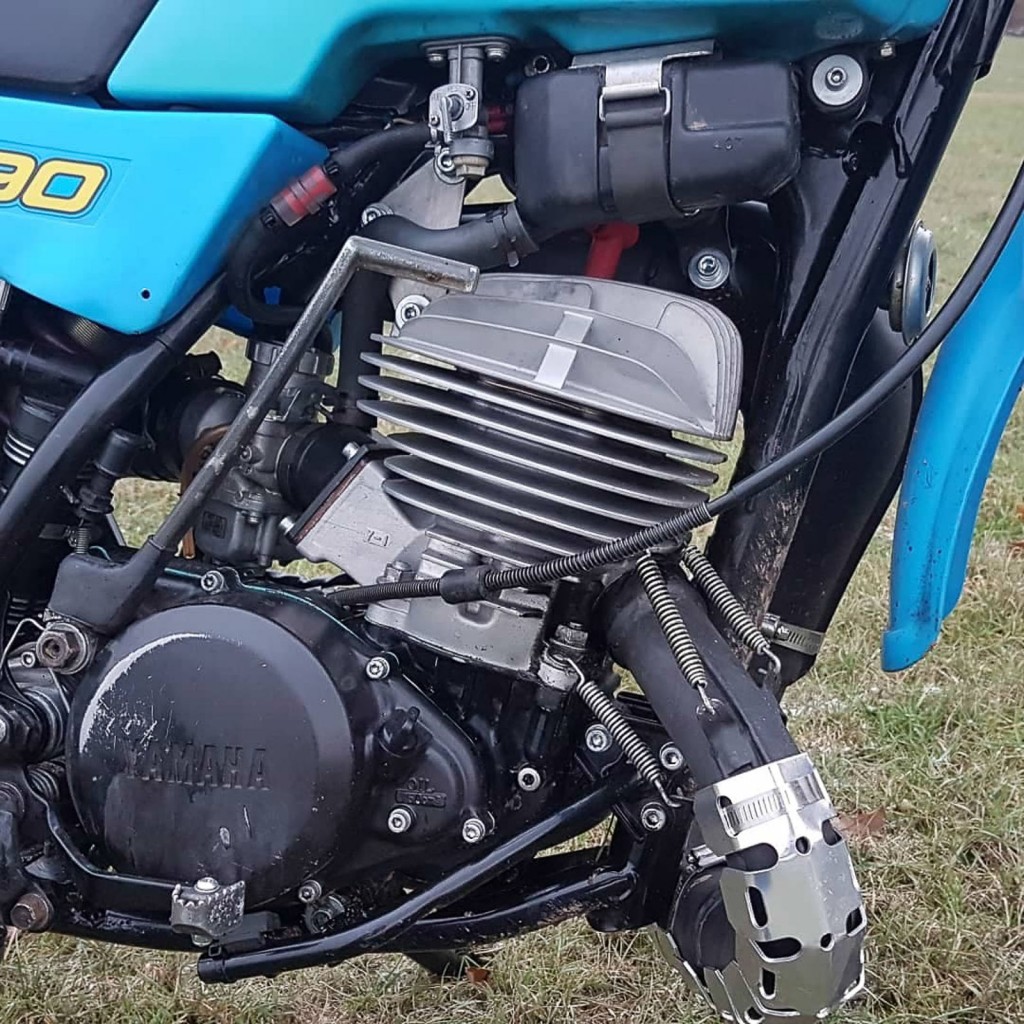 Since then, “WR” stands for the modern 5-valve 4-stroke with 250, 400, 426 and 450 cc. Only in the YZ series continue to be built 125cc and 250cc 2-stroke crosser, but also get more and more competition by the YZ-4-Takt. Unlike Honda (CR 500) and Kawasaki (KX 500), Yamaha has never built a water-cooled 500cc 2T Enduro. Also, an exhaust control (YPVS) never existed on Yamaha half-liter enduro bikes. Today enduros and motocross bikes with two stroke heart have almost disappeared. All the better it is to keep a rare dinosaur alive and let it roar!

Oris Kittner, also known in the scene as “Screwdriver Moritz”, has revived a Yamaha IT 490 from 1984 and donated her an 83’er engine of the identical YZ 490, which differs only in the tax times. The ignition system has been renewed. 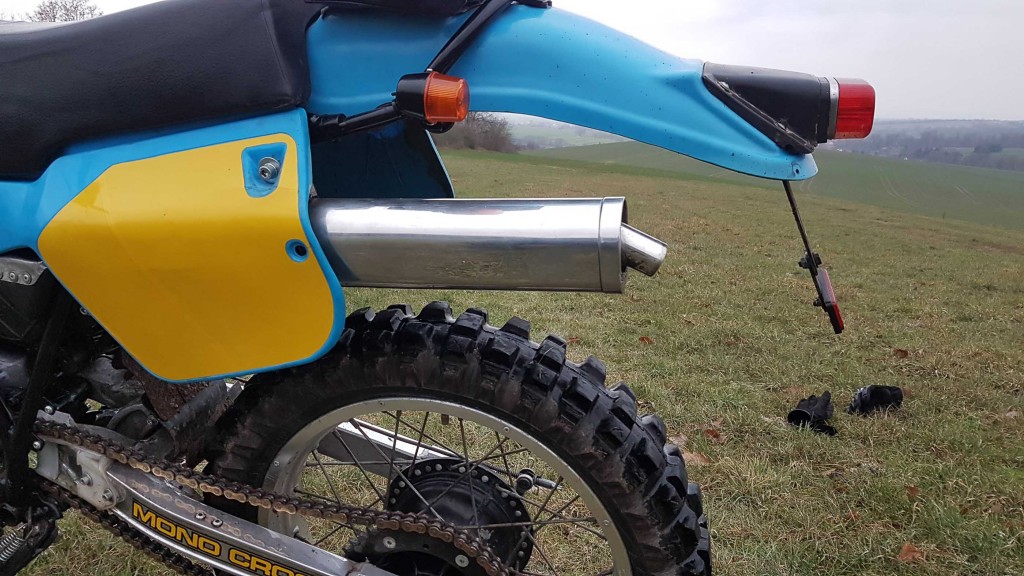 The engine has overhauled Moris and donated him a new piston. The cylinder was re-ground accordingly and the crankshaft and connecting rod replaced by new parts. Since the Yamaha IT 490 is an absolute rarity – especially in Germany – spare parts procurement was not that easy. Therefore, the required parts were mostly sourced from the USA and the UK, because the Yamaha dealers in Germany have little desire for old stuff. The performance of the 487 cc Zweitakters can not be completely determined, but should be between 35 and 44 hp.

The engines of the Yamaha IT 490 and YZ 490 are largely identical. Also new are all bearings and the wiring harness. In the back, his IT 490 got a shock absorber from Fahr-Werk-B, while the telescopic fork still corresponds to the series, but got progressive fork springs from Wirth. There was a new steel handlebar for that. Rims and hubs are in original condition, only the brakes have been overhauled. The silencer comes from a 1983 Yamaha YZ.

During the restoration, Moris paid attention to the enduro typical signs of wear. So the plastic parts were not replaced or painted, but only worked up and polished. Here he was “GS-Opa Ede”, who owns even old XT’s, actively aside. 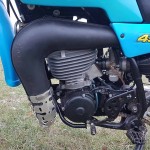 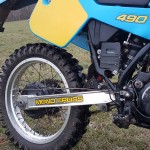 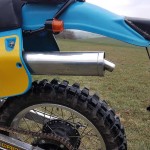 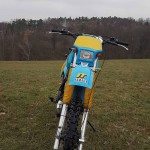 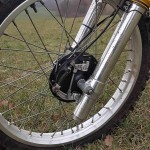 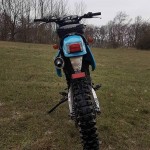 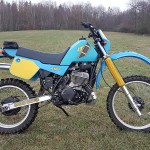 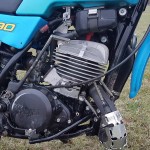 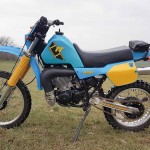